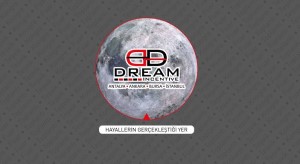 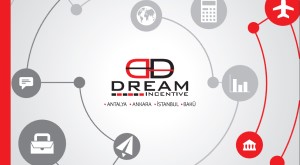 I boarded the plane for the first time when I was 30. The reason for this I was a bit afraid of plain and also I just catch the conveniences, provided by the great acceleration of the sector in the last 10 years, in the business life. In the past, those boarding the plane and selling the flight tickets were deemed as the members of high-income group. As the sector has grown, the number of passengers who prefer airplanes in their journeys increased due to the conveniences it provides and as the number has increased, the other sectors invested more in the airplane sector and eventually the sector has become its current state as they have supported each other. Almost everyone in the country has boarded in plane at least once thanks to the airports built in almost every cities.

Sektör daha yeni başlamış ve bilet kesenler de, bilet acenteler de özel, bilgili ve kazançlarının iyi olduğu dönemlerden bu zamana söz konusu kesimin değeri de eskisi kadar olmadı. The transformation from the ticket sales for which the people used some manual devices and spent minutes by making mileage from the big books and by considering the mile increase, to the ticket purchases at affordable prices within seconds on the mobile phone applications, has been very fast in parallel with the sector growth. The new generation, who has more knowledge about the computer than our generation, took the place of the former ticket sellers and have become labor force at more affordable fees. Despite all, the agencies which sell tickets have continued their activities as the number of tickets sold have increased even though their market share decreases very much.

Who and why do they still prefer agencies?

What are the reasons why people prefer private sector companies, especially those with high ticket purchases?

Firstly, saving on time; the right to purchase by searching on the criteria you want instead of you.

The right to make reservation; Each airline entitles the agency to make free reservations for at least a short period of time and as a result, offers the possibility of thinking with price fixing.

Same-day cancel chance; It offers the possibility to cancel without any penalty all resrvations (including the promotions) made until the update at night.

Get rid of boring issues such as phone conservations lasting for many hours in the cancellation and changes and eventually the credit card statement controls; this lasts 5 minutes for the corporate services department working with agencies. 3 minutes for greeting and 2 minutes for saying “please cancel” by giving pnr and get result.

Ease of accounting; it gives a chance to make a lump sum payment with a single invoice instead of the separate invoices for the flight ticket, hotel reservation, car rental for the travel of anyone in your team.

Because of this and other reasons, the companies still continue to purchase their flight tickets from the agencies, which offer corporate service, know their problems and find solutions.

The agencies, providing corporate services are ready to be your friend and look after your costs, choosing the right agency is up to you…